When it comes to frontend design and digital user experiences, gaming fans are perhaps the most demanding target group. The world’s largest computer games fair, gamescom, relies on the experts from Frontastic, GraphCMS and SHOPMACHER to design its digital content hub gamescom now.
Frontastic

As the central platform for the European computer and video game industry and the world’s largest event for interactive entertainment, gamescom brings industry, retail and the media together every year. gamescom is organized by the association of the German games industry, “game”, and Koelnmesse.

Due to the Corona crisis, gamescom has only been able to take place digitally since 2020. For 2021, the organizers decided to completely redesign the gamescom now digital platform. 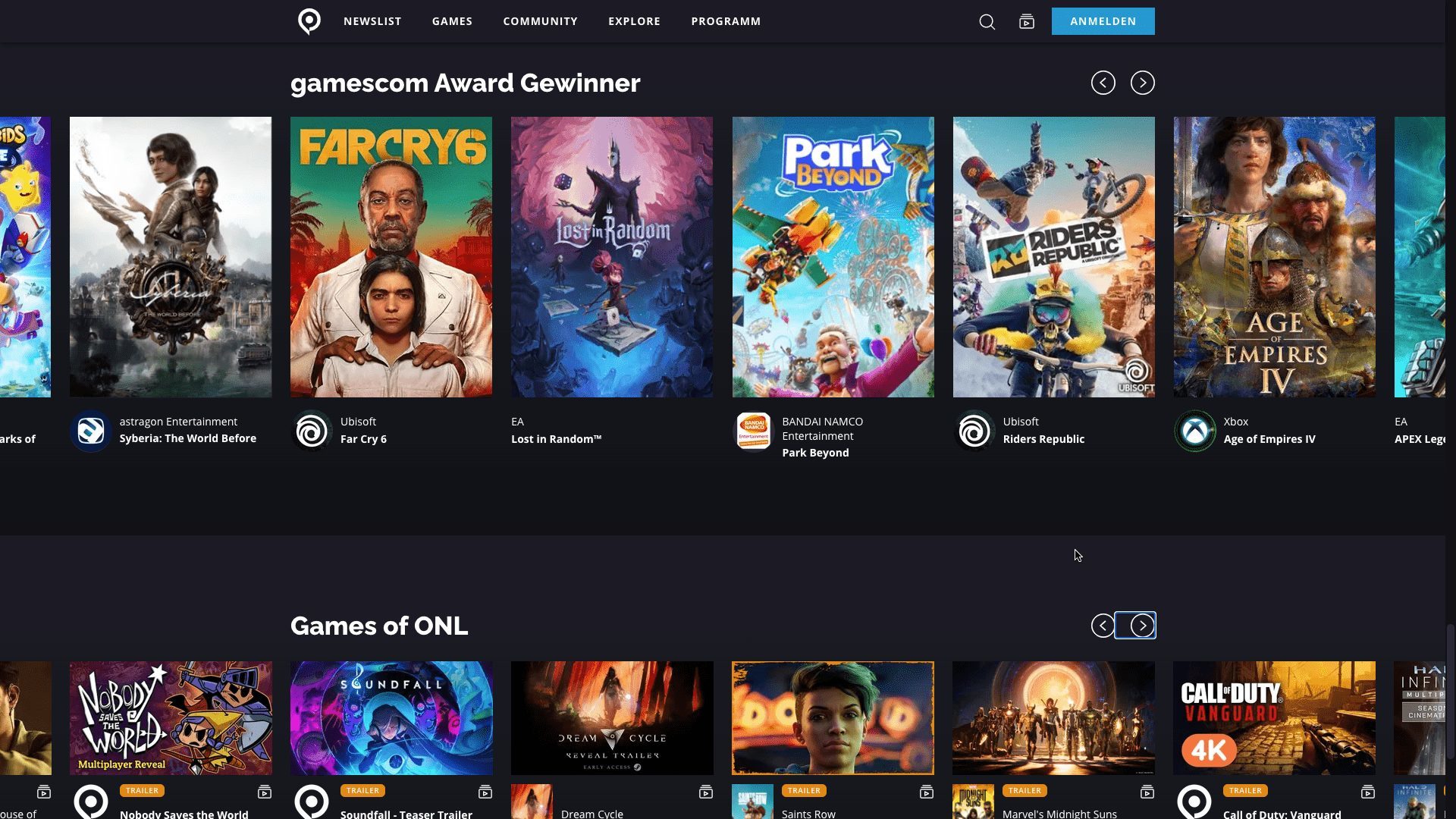 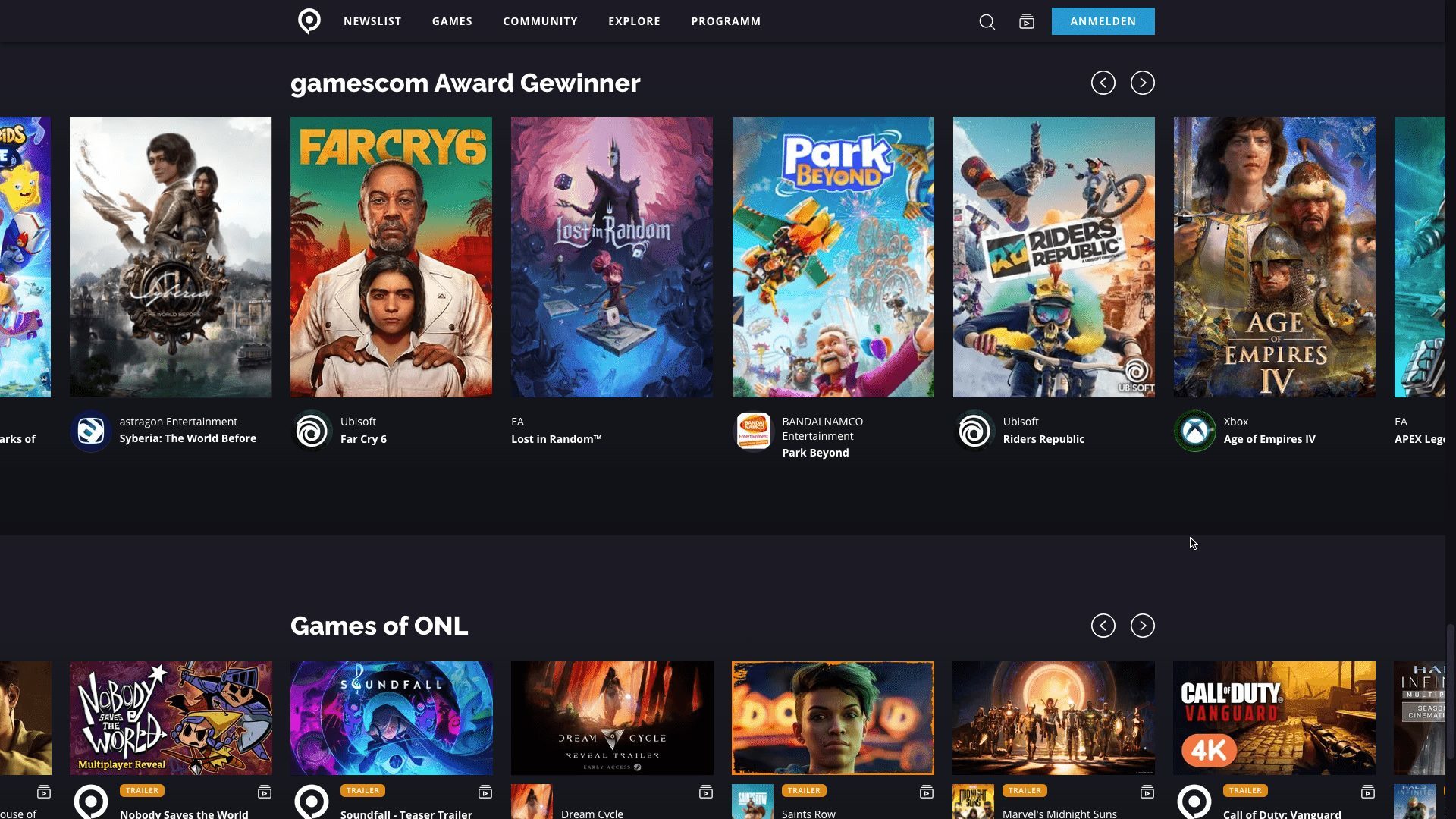 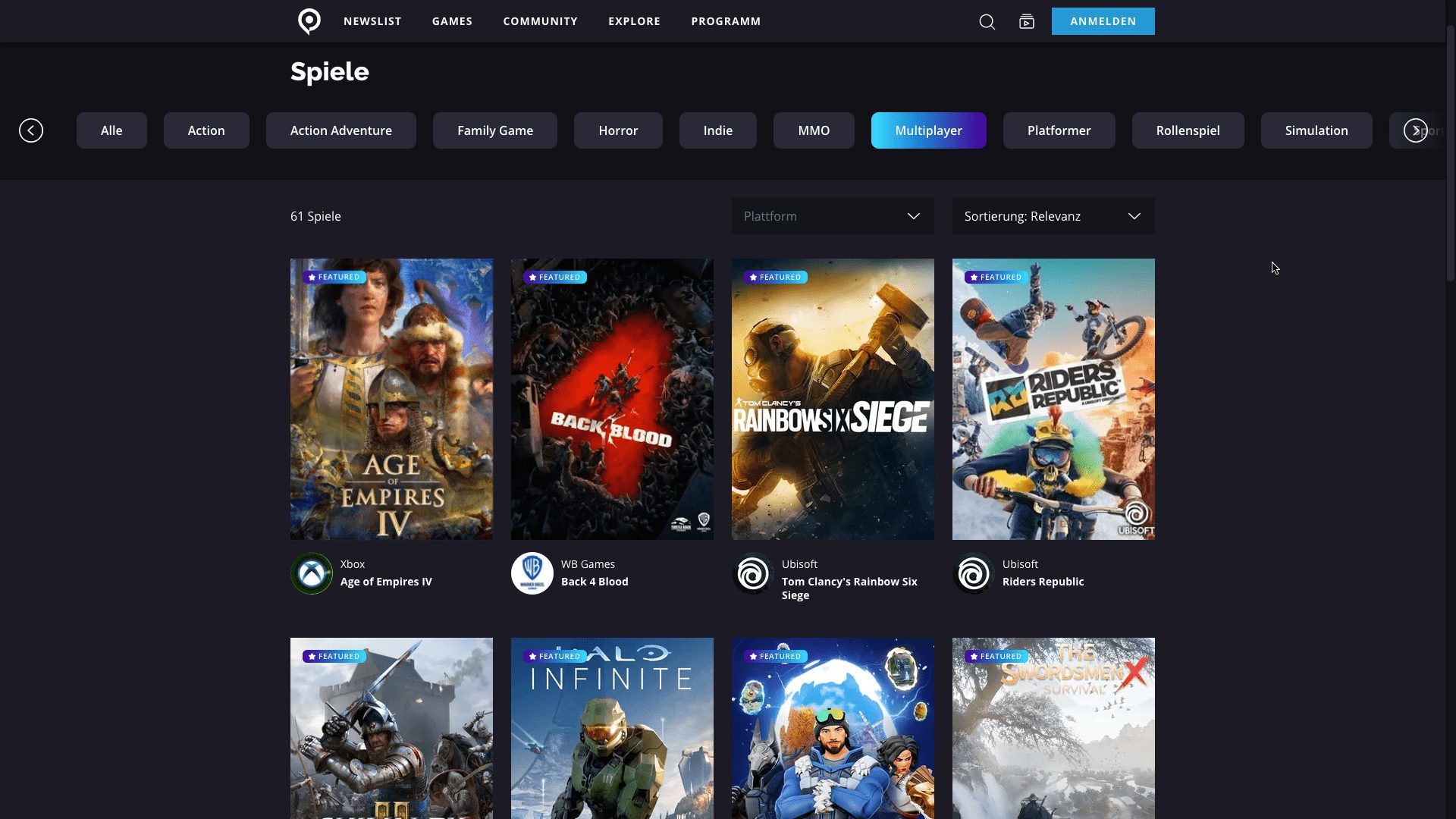 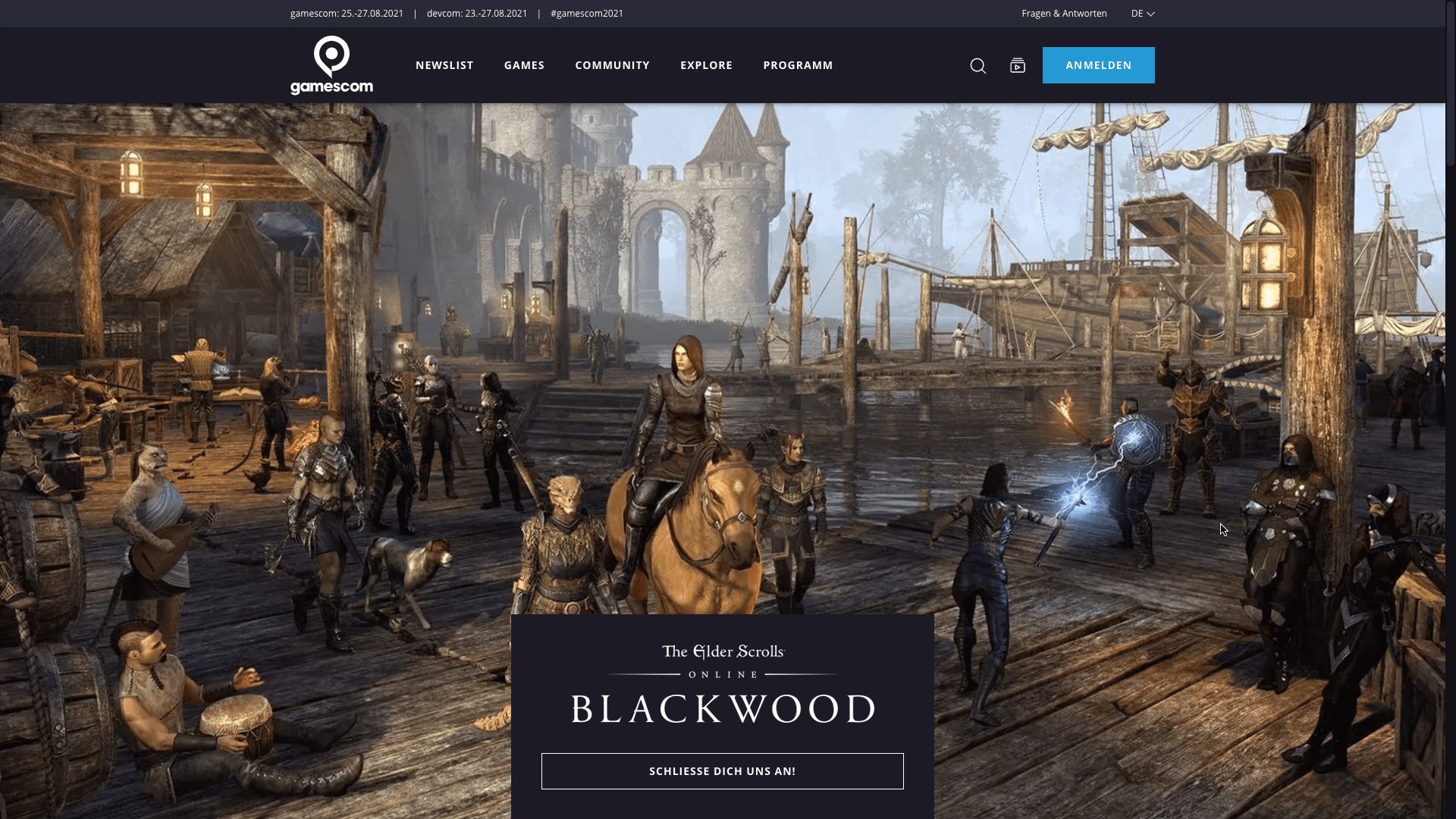 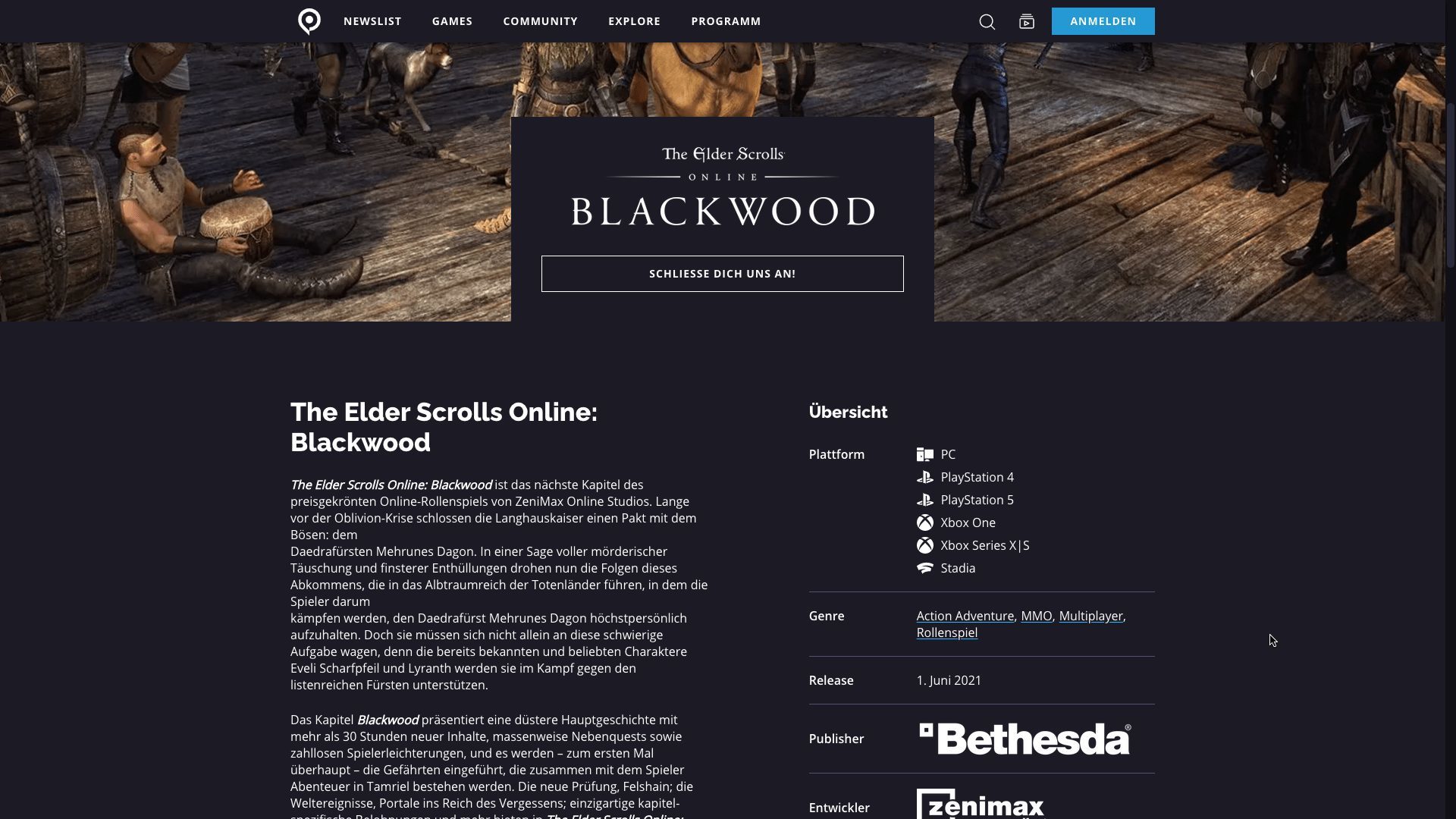 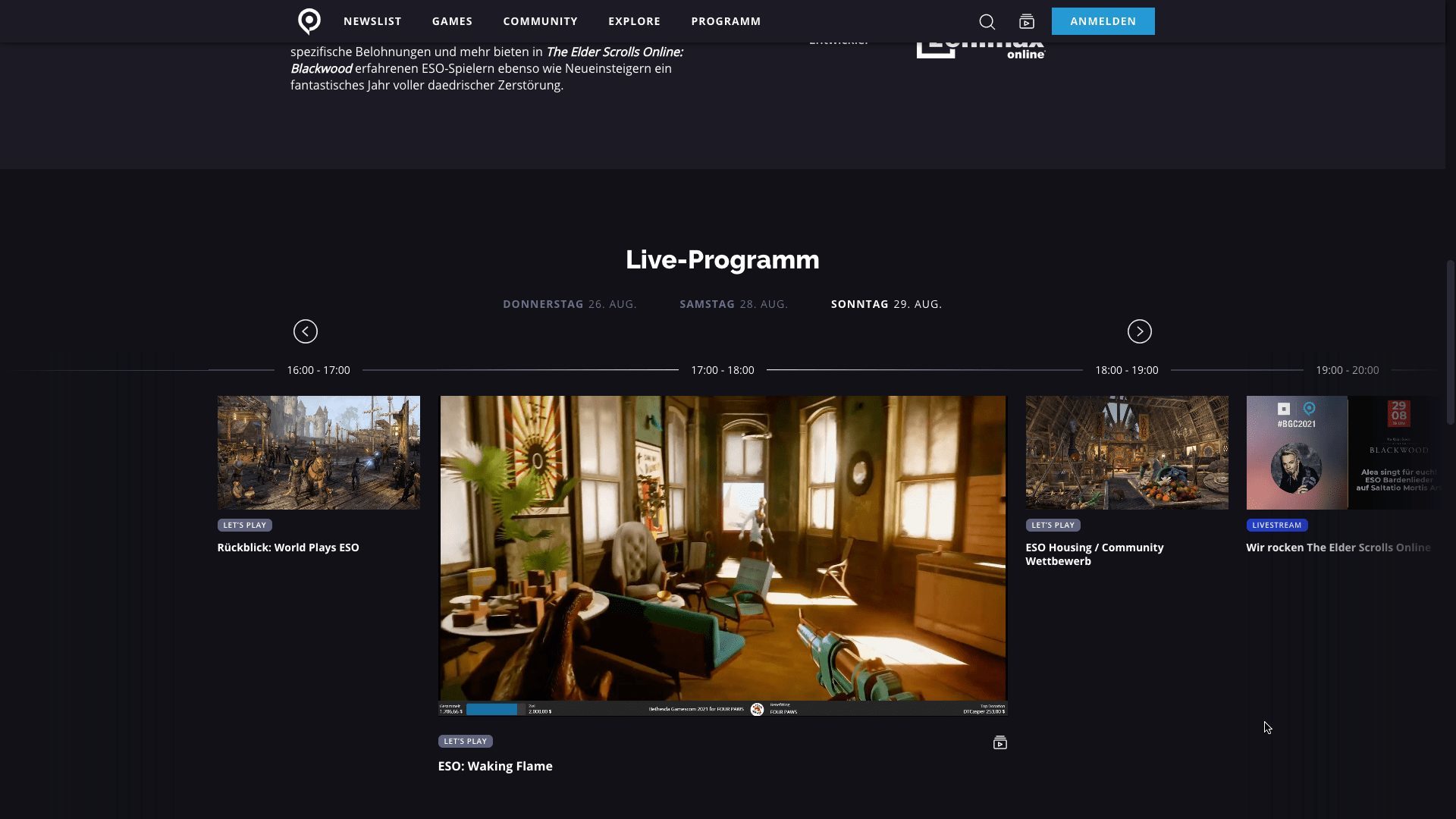 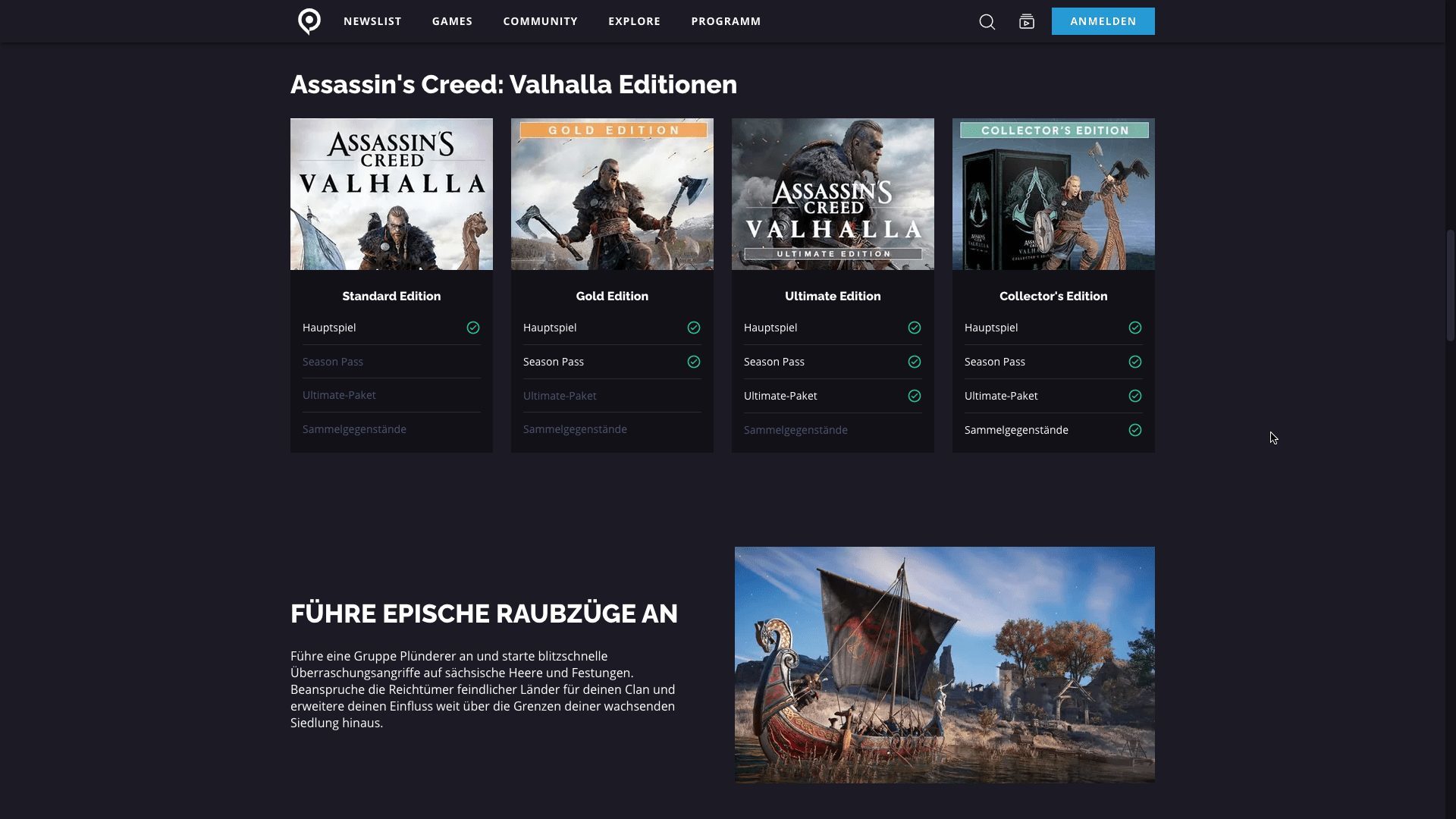 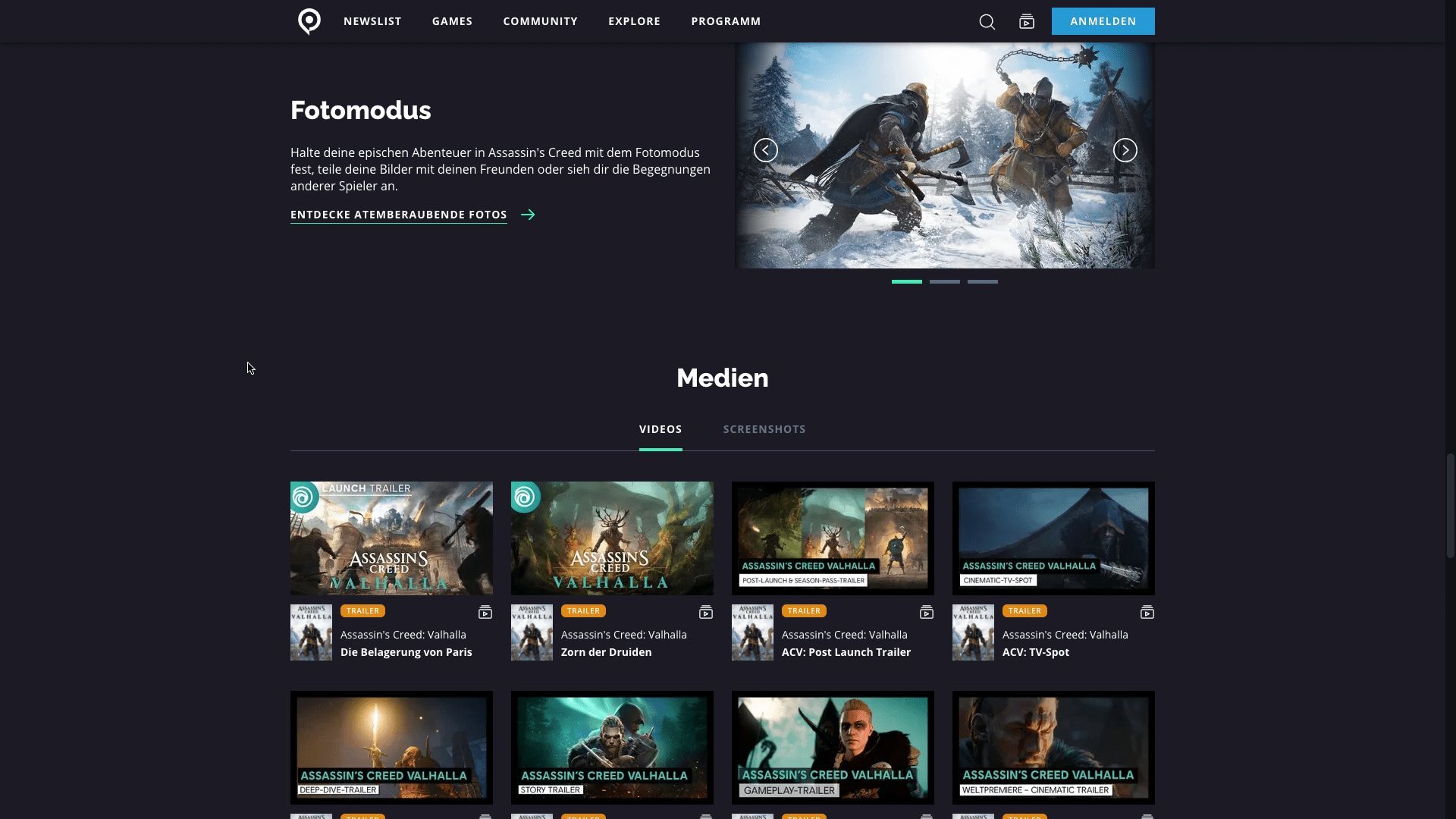 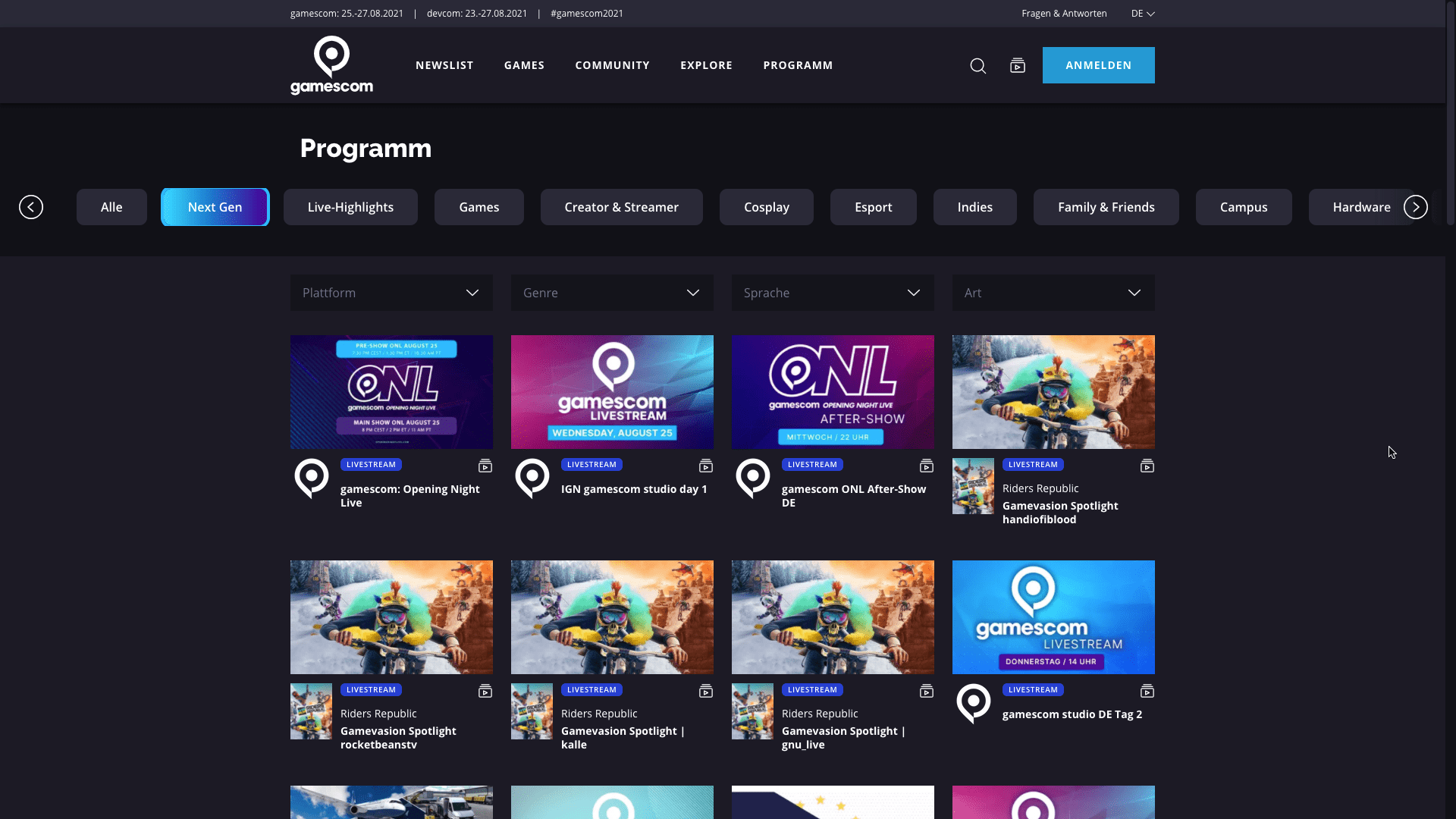 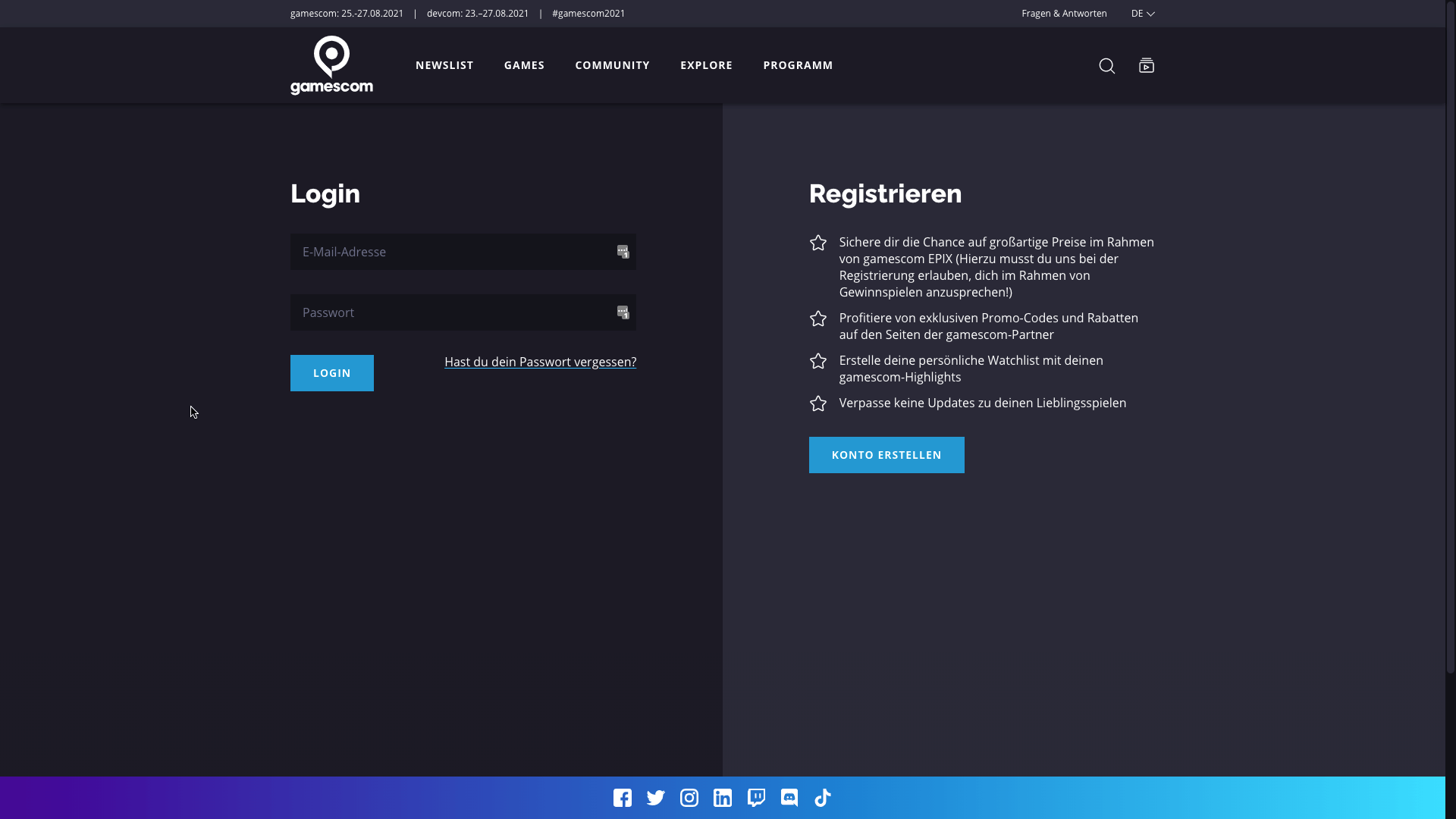 gamescom is not an ordinary business fair, but a festival where hundreds of thousands of people make a pilgrimage to the fair and through Cologne in non-Corona times. gamescom wanted to transfer this experience to the internet. The SHOPMACHER were brought on board for the concept, design and implementation, and ultimately took over full responsibility for the project. The technical basis was formed by the headless systems from graphCMS and Frontastic.

The team benefited from the fact that many SHOPMACHER employees are gamers themselves in their free time. This enabled them to easily put themselves in the shoes of potential gamescom fans and take their needs into account. The result is a platform whose design is based on typical gaming platforms, which, in addition to live streams, also provides a good overview of the games and meets the high visual and conceptual standards of the gaming community.

The users themselves should also be encouraged to interact more digitally through gamification elements. For this purpose “gamescom EPIX” was created. Visitors could complete so-called quests as part of community challenges that were developed together with a social media agency. If these were done, a vault with prizes was opened.

An important requirement of the organizers was also to give the many partners represented on the platform, which also included around 60 major international publishers and developers, the opportunity to maintain their content independently in the run-up to the event. Of course, they were not allowed to get any insight into the preparations of their competitors, since top secret information about new releases was also entered here. For the SHOPMACHER, this was their own “quest” because graphCMS – like all other CMS systems – was originally designed for use within a company in which all employees can also see everything.

Another challenge was to ensure that the platform could withstand the onslaught of visitors. Because gamescom is traditionally opened the evening before with “gamescom: Opening Night Live”, which is broadcast to an audience of millions worldwide. While previously there was hardly any access to the platform, visits during the show skyrocket from one moment to the next. The interaction of Frontastic, graphCMS and SHOPMACHER worked smoothly and offered consistently good performance throughout the event.

All in all, hundreds of games from more than 60 major international publishers and developers as well as many other partners with countless videos and live streams were integrated on the gamescom now platform. The entire streaming offer was followed live by 13 million viewers in 2021, an increase of 30 percent compared to the previous year.

The organizers are satisfied. “I’m really excited about how well our digital offering was accepted by the community worldwide again this year,” says Oliver Frese, Managing Director and COO of Koelnmesse. “A lot of heart and soul went into the further development of our shows, our content hub gamescom now and our cooperations from the whole team and the many partners – it paid off. The numbers speak for themselves and we have definitely defended our pole position as a global digital event. This puts us in the best possible starting position to bring the community and the industry together in Cologne and online even more successfully next year with a hybrid gamescom 2022.”

Felix Falk, Managing Director of game – Association of the German Games Industry: “gamescom 2021 relied entirely on the power of the community. Whether co-streams of gamescom: Opening Night Live, joint quests at gamescom EPIX or our fundraising campaign for the gamescom forest: the many shows, campaigns and the central content hub gamescom now were used millions of times by the community worldwide. In addition, this year we have created a particularly large number of interaction options in order to create the incomparable atmosphere of gamescom digitally as well. I am very pleased that gamescom 2021 with its many further developments has been so well received. That makes it a great success for us and all partners involved.”